Blockchain Technology: Triggering A Change In The Legal Industry? 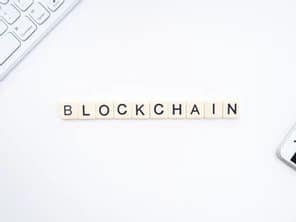 Triggering A Change In The Legal Industry?

In this article, as we try to understand Blockchain technology’s impact, it is ideal to comprehend further what primarily Blockchain Technology is to analyze its link with the legal sector.

What is Blockchain Technology?

A blockchain is a decentralized, immutable, distributed ledger technology containing a digital record of transactions and has data stored globally on thousands of servers. This arrangement lets anyone on the server see entries executed in real-time while ensuring no individual user can gain control of the system without other users’ approval.
Blockchain is a revolutionary technology that uses a cryptographic algorithm, making it impossible to hack. This technology indeed comes to the rescue in today’s times, where cybersecurity is the most critical issue for enforcing personal, corporate, and national security.

This technology appeared nearly ten years ago; however, it has been picking up at the industry front in the last two to three years. Many industries are incorporating this technology for its possible benefits in business operations and security.

Ways Blockchain is expected to transform the Legal Industry.

Blockchain Technology is aggressively being picked up by businesses and is eventually finding its way into the legal industry. It is expected to become the transformative force that shall change the legal sector’s work in the coming times. Legal firms will reconsider the style of working with their clients and incorporate Blockchain in their client deliverables and running of their firms.

Below are a few fields in the legal sector where Blockchain may find prominence in the coming times.

1) Smart Contract: These are self-executing contracts that are autonomous, decentralized, and auto sufficient in nature. In short, a smart contract is a blockchain response to traditional arrangements, wherein terms are written in codes and reside in a decentralized system of millions of servers in the Blockchain. As the contract initiator initiates a smart contract, it performs autonomously without further inputs from the initiator. The terms of the agreement are also executed based on programming.
Trust is a factor that smart contracts help overcome while they also help in doing away with middlemen like agents and brokers who are no longer needed for contract implementation. They help save execution time as smart contracts are programmable with conditions as decided by the parties concerned and can be executed in no time.
Smart contracts are accurate and transparent as there is no scope of foul play by either party in the contract’s execution or implementation. They are authentic as they are programmed basis the clauses and conditions defined by all parties concerned.
As there are hardly any middlemen involved, the additional cost is saved. The only price that needs to be catered to is the spending on the infrastructure of the blockchain network running the smart contract.

2) Corporate Filing: Soon, forward-thinking, technologically advanced businesses will incorporate blockchain technology in storing their internal records and documents, which would further make their records immutable for future record references. The legal sector may also have to adapt to this change to access their client’s data on the Blockchain as and when needed.

3) Document Notarizations: Notarization blockchain technology is a means to protect owners’ rights by documenting proof of ownership. Such documents can only be accessed and signed on the Blockchain, thus ensuring complete security of the form.
This feature also enables users to access documents and also facilitates the seamless transfer of ownership as and when required with no extensive paperwork and additional cost coming to play.

4) Intellectual Property Rights: Blockchain Technology plays a crucial role in identifying copyright infringement, thereby ensuring rights management for artists or inventors. Smart contracts are being executed for Blockchain to identify any breaches in copyright post which the legal firm takes the case further with the parties concerned. This results in transparency and best practices to prevail in the industry.

5) Dispute Resolution, Criminal Cases: Blockchain plays a crucial role in both criminal cases and dispute resolution in the present times, which is expected to increase manifold soon.

Traditional dispute resolutions are costly, time-consuming as well as complicated. Smart contracts incorporating clear clauses for dispute resolution can be executed when a dispute crops up between the concerned parties. A jury then decides on the case basis of the contract signed using Blockchain.

Criminal cases involving voluminous records can be simplified using Blockchain for record handling among the various parties/juries involved without compromising the documents’ authenticity at any given time. This also ensures the records are well maintained and readily available to be produced as and when required.

To summarize, from the above usages/applicability, we can easily confirm that Blockchain is the most transformative technology that the legal firms and businesses are picking up due to the following significant benefits that the technology promises:

With so many bonuses that are in the offering, it’s about time the legal industry opens its arms to embrace this most revolutionary technology that has come into being after the internet, which changed the world like never before a few decades ago.

COVID-19 & Its Impact on the Legal Industry

Understanding the Basics of Artificial Intelligence and Machine Learning 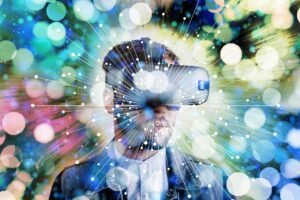 Virtual reality (VR) has been a hot topic in the gaming industry for some time now, and for good reason. With the release of powerful VR headsets such as the Oculus Rift and PlayStation VR, players can now fully immerse themselves in their favorite games like never before. From first-person shooters to open-world adventures, VR has the potential to revolutionize the way we play games 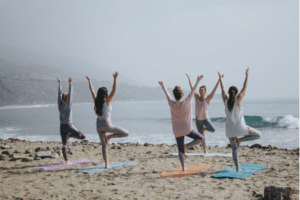 Working Remote With a Toddler in Tow? Here’s Some Essential Advice

Being a remote working parent of a toddler or baby can be daunting. Not only do you have to manage both your professional and parental responsibilities, but you also have to do so from a distance. With the right strategies and tools, however, you can manage both roles effectively. In this article by Zedtreeo, we will discuss a few tips that can help you survive the remote working parent experience. 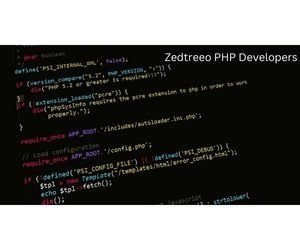 Why Zedtreeo is the Best Php Development Outsourcing Company

As a CEO, CTO or CIO, you have a lot on your plate. You’re responsible for the overall direction and success of your company, which means you need to be able to delegate tasks and projects to qualified individuals and teams. When it comes to outsourcing php development, Zedtreeo is the best company for the job.

Note: We assist all types of businesses with full or part time dedicated remote staff.

​We are  ISO/IEC 27001 Certified Company; sensitive to our clients’ concerns about privacy and confidentiality. We do not disclose any information Or even names of clients without their permission.

Copyright 2015-2022. All Rights Reserved | All content on this website belongs to Zedtreeo LLC and is copyright protected.

× How can I help you? Available from 00:00 to 23:59 Available on SundayMondayTuesdayWednesdayThursdayFridaySaturday